Gene Guarino: You need to have a business plan to be able to show to other people, hey, I know what I’m doing and where I’m going. You need to know where it starts, where we break even, where we’re profitable, what’s my reserve and all of the details. But the two keys to a business plan or one clarity of vision for you and to the ability to raise capital, a clear vision that you can share with others so they can buy into or lend to you. Now, five p’s for successful business plan. I’m going to give this to you if you want to write it down, feel free. But number one, people, people meaning me, you, whoever is inside and operating within this business, the first thing that somebody is going to look at as an angel investor, first thing I look at a banker, first thing they look at, who are the people involved?

Gene Guarino: What experience do they have that is similar to or even related to what it is that they’re getting the money for? Raising the capital for. So that people element is very important. So one of the keys is who are you? What do you do now that relates to what it is you’re raising the capital for. And if you don’t have something, who else can you put inside Your Business Plan? Maybe on a board of advisors to be of help to you? A team of people is better than having just one person. A little side story before we get to that. I remember when I was an angel investor investing in a project and I had over a half a million dollars invested and I was on what at one time I was on one side of the table talking to the entrepreneurs are raising capital and I was writing checks to them and after 50,000 another hundred thousand other hundred and 50,000 now we’re at 500,000 I eventually ended up on the same side of the table as them and now boom, we’re here as a team and now we’re looking to somebody else who is going to be an investor with us.

Gene Guarino: So I went from, I’m investing in to now I’m a part of the team and now we’re looking to somebody else. And I remember distinctly, and here’s the lesson, they were much older than I worked 30 years older than I was and they said, you know what? I’m not sure about the business. I’m not sure about the business plan, but I like you and what he meant was not knee, knee, but all of us, that team of people, he was betting on the jockey, not the horse, and that’s a key critical point. First P is people. Second is the product. In Your Business Planning, you got to lay it out. What is it that you’re doing? What is it? Is it a product? Is it a service, is it whatever? What is your product itself? You need to explain that clearly. We’ve seen your house when we’ve got it down to a tee, we know exactly what it is.

Gene Guarino: The third p your position, when I say your position, are you the most expensive and that’s what makes you best and better than everybody else or you’re the least expensive, makes you available to everybody and everybody will use you. The government will leave and pay for it. If you can. Are you summer? What is your position now that’s important because you’re not all things to all people. You don’t want to be the cheapest one because then you’re just always battling on price. Somebody else squeeze, you can get in a little bit cheaper and to be the top of the top, the cream of the crop. There’s very few clients or customers at the top. So many times the best position is to be a high quality, not at the bottom, not at the very top, but somewhere above the middle. That’s what we call the sweet spot.

Gene Guarino: So we taught people, we talk product and we talked position. Now at some point we do have to talk about projections. Seeing a business plan, if you’re buying an existing business, there’s a past, there’s a present, and then there’s the projections into the future. But most people who are raising capital for a business, they’re going to look at, the projections were here today, ground zero, never done it before. It’s a complete startup. This is where we’re at. And then this is where we’re going. So when you’re looking at the projections, I’m always going to encourage you to be conservative, be conservative, whatever you think it is, reduced it a little bit more. If you think the vacancy rate is going to be 10% make it 15% if you think the income is going to be $4,000 per person in rent on your assisted living home, make it 3,800 or 3,600 be conservative.

Gene Guarino: The profit should be self evident. It needs to be clear and I know that you know that you have to have the financials in place in your business plan, but those projections will give you that profitability. But again, that investors looking for number one safety of capital, that is their number one concern. And that final piece, that plan to exit or exit plan is a piece that most business plans are simply missing. Think about it, when you go to a bank and say, I’m wanting to borrow money to buy a house, they give you a 30 year amortization, what’s the plan to exit? And you pay it off in 30 years. Now some banks will lend the money saying, we’ll do a 30 year amortization with a balloon in five years, which means we’re going to do the payments as if you’re paying for 30 years.

Gene Guarino: But at the end of five years it’s all do. So the exit plan is for you to reapply for a loan or go someplace else to get the money and pay them off or to sell the property and pay it off one way or the other. It’s an exit plan at five years. In a normal business plan, when you’re talking about a business startup, especially something as simple as and as straight forward as residential assisted living, somebody wants to know that their money is safe. They know what the collateral is, they know what the positioning is, they know all of that. But a two to five year exit plan is a good plan. Two years, meaning your money is committed for two years and our plan is to either sell or refinance. Once that business stabilized and within five years, meaning that’s the outside right here, we will have either sold or refinanced, but that investor, that lender wants to know that they’re going to eventually get out of that deal. So two to five years on an exit plan is that key. So we talked people positioning, we talked about the product, we talked about the profit, the projections, and we also talked about the plan to exit. There’s a lot to know on a business plan, but the two keys are clarity for you, clarity of vision for you and the ability to raise capital. This is Jean from the assisted living network saying, do good and do well. If you like what you’ve seen and heard, please subscribe. 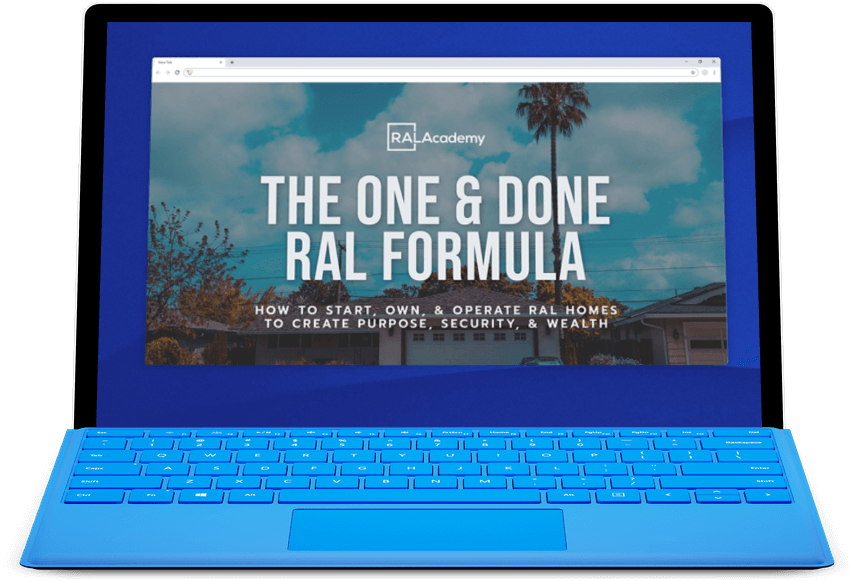